Artificial intelligence (AI) is a field of growing interest. It’s also a field of growing ability. Whereas AI algorithms were once limited to mundane functions like automating simple tasks, AI is now being used in creative domains like art (Du Sautoy, 2019). The subject of whether AI can truly be creative is a fascinating topic.

But creativity is in the eye of the beholder. What we consider to be “art” may be socially limited to human creative endeavors. This raises the question—do we think of works created by AI as art?

We had 400 people on Amazon Mechanical Turk view a painting that was attributed to either a human author or an AI algorithm (randomly assigned), then asked those participants whether they consider the painting to be “art” and how much they like it. 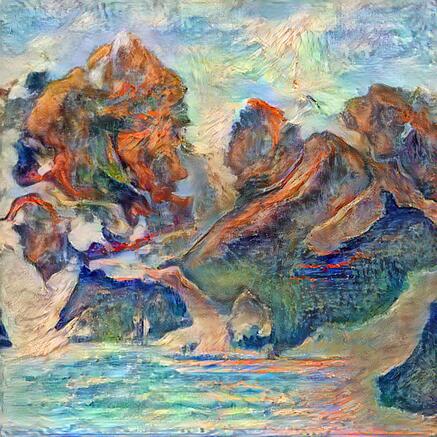 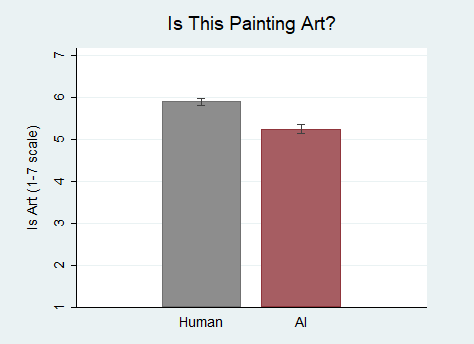 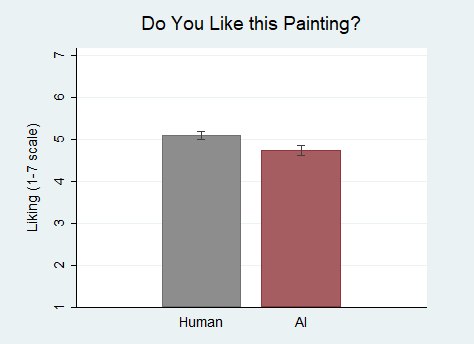 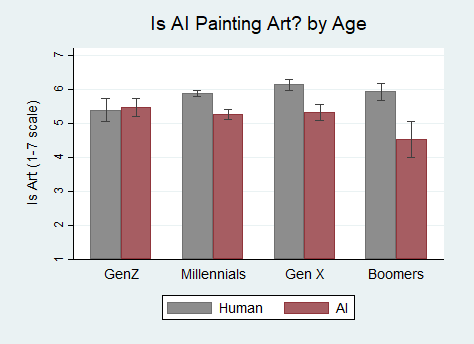 ​The age difference was only marginally significant for the painting’s likability (p = 0.088), but there was still an additional 0.024-point difference for each additional year of age, such that we’d expect 20-year-old’s and 60-year-old’s painting likability difference to be +0.09 and -0.89, respectively. 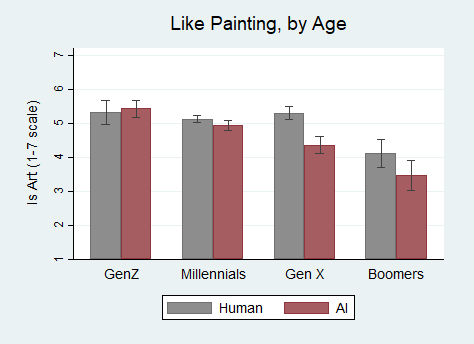 In the world of art perceptions, it looks like it’s rage against the machine. Irrespective of the actual art in question, people still view AI-generated art as inferior to art created by humans. But it may not always be this way. Younger generations seem to be more accepting of AI art. In time, perhaps we all will become more accustomed to the idea of creative artificial intelligence.
​
Methods Note

We used an independent samples t-test to test for significant differences in perceptions between the AI and Human art conditions. For significant differences, the difference between the two groups' averages would be large and its corresponding “p-value” would be small. If the p-value is less than 0.05, we consider the difference statistically significant, meaning we'd likely find a similar effect if we ran the study again with this population. To test interaction effects, i.e., whether the results differ by age, we used OLS regression analyses with interaction terms.