Social justice activists have put considerable effort into investigating and remedying gender disparities in corporate America. A common focus is the “glass ceiling,” that women get paid less than men. One of the many challenges in understanding the glass ceiling is the myriad variables that affect pay.

One such variable is performance evaluations, which can lead to promotions, bonuses, and higher salaries. Such evaluations often involve rating the quality of an employee’s work, independent of the employee’s traits like race or gender. However, we know this process is far from biased.

In this study, we examined whether there could be gender bias in performance ratings.

We ran an experiment with 400 people on Amazon Mechanical Turk in which participants were shown a photo for a hypothetical newsletter while randomly varying whether the photo was taken by a man or women. We then asked participants to rate the worker’s photo.

Participants were told “Our intern, [Jon / Jen], took the photo below for our monthly food newsletter. We’d like to know what you think of [his / her] work.” We then showed both groups of participants the same exact photo (below), but varied the username handle above it to be either @Jon or @Jen. 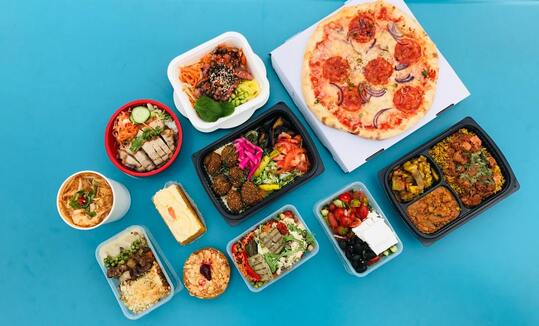 Photo by Cristiano Pinto via Unsplash
​Participants were then asked “How visually appealing is [Jon’s / Jen’s] photo? (1 = Not at all, 7 = Extremely)” on a 1-7 scale. At the end of the activity we also asked participants their gender, to test whether one's own gender influenced the ratings.

An independent samples t-test found no significant difference in ratings between Jon (avg. = 5.09) and Jen (avg. = 5.29), (p = 0.179). The difference was even slightly positively skewed in our female worker’s favor. There were also no significant interactions with gender, age, or political beliefs.

​Although the results seem to show some hopeful progress toward gender equality, we caveat that this is a single simple study. It’s possible that other contexts could yield different results. And of course, this study is no substitute for studying the actual work environment. It is possible that male managers socialize more with their male subordinates than female subordinates, which in turn lead to higher performance ratings for those men. This would be one mechanism for gender bias in the workplace.

Nevertheless, we humbly contribute one more brick along the path to gender equality in the U.S.
​